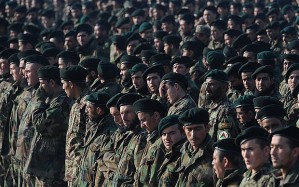 Not long ago, I came into the Writing Center on the way to my office, and suggested forcefully that I thought an English Department uniform would be a great idea. I was, I announced, totally tired of having to decide on what the wear every morning, and if we could just decide on a uniform, I wouldn’t have to make that decision. ( An aside, I confess, I can’t make decisions when I am looking at a menu either and have to see what other people are having before I can make a choice. I think it’s some kind of character flaw, since I can make big decisions with relative ease.)

I was thinking along the lines of jeans and white shirts or black pants and blue shirts, something like that. My colleagues, thank goodness, laughed at me. When I ran this by my graduate -student son, he said we should all wear our academic robes every day. This would definitely have been noticeable in our small community college.

However, not long after this announcement, I was showing one of my classes video clips of the Red Guard during the Cultural Revolution, and realized in that moment what uniforms can do. The young people in those pictures had no individuality, and moved with a uniformity that made them seem robotic. We are all familiar with Communist Chinese dress. But look at pictures of any military unit and the same thing happens. There is, purposefully, no sense of individuality, no sense of individual personhood. This is a necessary part of the indoctrination process.

As I was thinking about uniforms, and realizing that they can serve a frightening purpose, I also realized two things: 1) I did not want a department uniform. (The idea of all of us, very different individuals dressing identically actually became hilarious and material for some kind of bad skit sometime.) and 2) I already had a uniform, my uniform, that I had been wearing for most of the school year.

My uniform consists of blue jeans and a plain t-shirt of some kind, long-sleeved in the winter, short- sleeved as it gets warmer, plus some “accessory”, a scarf, or a necklace. I have worn the same pair of earrings for about the last two years, so I didn’t have to make a decision there and the scarf/necklace decision is usually easy. I choose from several favorites.

The day I made that announcement in the department was probably a day when my two pairs of jeans were both in the laundry and I had to choose the black pants, or heaven forbid, a skirt. It’s easy to tell from this that “fashion” is not really part of my life, convenience and comfort are.

But I realize that what I want is not a department uniform, or a school uniform, but a way to make clothing decisions easy and I realize that I have found that.. jeans, t-shirt and scarf/necklace. It works for me. Sometimes I will break out of it. Today I wore a skirt and dangly earrings. My colleagues noticed (or at least the fashion-conscious ones did, and I like the way it felt, but tomorrow, I will probably go back to the “uniform.”

It’s my uniform. I am not part of a larger “uniformed” collective, I am using clothes as I wish, not as some authority dictates. What could be more fashionable?

6 thoughts on “What do I know about fashion? Not much!”