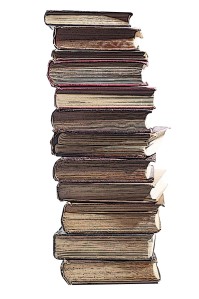 Sometimes I hate books. They hang around my house like accusations, the ones I haven’t read yet, the one my son gave me for Christmas, and the one by Walter Benjamin that he recommended that I read.  A few weeks ago, (yes, it was only a few weeks ago) near the beginning of the semester, one of my students suggested that I read a book called American Sniper by Chris Kyle. By now, everyone, unless they live in cave, knows who Chris Kyle was. I respect the student who made the recommendation, and I tend to read books that students I respect recommend. (See my earlier blog post about The Hunger Games https://writesomewhatnot.com/2012/06/_).  It is, however, a rare occurrence. (Some of my students recently were discussing whether or not I had read Fifty Shades of Gray, and, when I said I had not, I confirmed their suspicions.)  However, the student who recommended Chris Kyle’s book is in one of my Composition One classes where one of our textbooks is Jon Krakauer’s Where Men Win Glory and the other text is Sebastian Junger’s War.   A number of the students in the class are veterans with a range of military service from recent tours in Afghanistan to this student, whose tours include being in Lebanon in the ‘80’s.  It’s an interesting group of students, and this student is one of the more interesting ones of an interesting group.

So, I downloaded American Sniper to my Kindle, and began reading it.  It is not an especially well-crafted book; however, it is compelling and describes vividly the experience of being in Iraq in the early days of the invasion. When we began our adventures in Iraq, I read almost everything I could find about the history, the politics and the reasons for our invasions, so Kyle’s book, although a different voice, was not exactly new material. (I confess here that I have not finished it. I’ll get to that in a bit.) Kyle drew me into his story.  Kyle does not reflect much on politics or morality. He gives his readers clear, vivid descriptions of the job he had to do. It is interesting that he remains not particularly introspective, considering, that in retrospect, we can ask many questions about why we went to Iraq and what we did there.

But, I began to read.  I usually read in bed and have even been known to let the book, or the Kindle fall to the floor as I fall asleep. However, on two recent nights, I found I had a great of trouble falling asleep. After two nights of not falling asleep until after mid-night, I decided that it might be the book. American Sniper just might not be bedtime reading, so the next night, I opened Sense and Sensibility and dropped off to sleep gently and easily. Jane Austin lulled me to dreamland with no trouble. Her loopy 19th C. sentences clearly were what I needed.

So, I have not finished American Sniper.  I will. I will read it on the airplane I am taking soon for our Spring break trip. I do want to know the rest of Kyle’s story.    I owe it to the student who recommended it. I owe it Chris Kyle, and I owe it to myself.  I owe it to all the veterans who are my students.

But sometimes I hate books. I have too many of them. They remind me that there is so much I know so little about. They remind me that books create connections with my students and my family (see the books from my son above). They create connections with my colleagues. I can’t imagine living in a world without books, but I often wish there were not so many of them, about so many things I’d like to know about. I wish I could hide the ones that haunt me somewhere in a closet or the basement, where I could let them out slowly, at a pace that didn’t feel overwhelming.

7 thoughts on “Sometimes I Hate Books”